Bone SPECT/CT of Ankle and Foot

Divided into two parts, this book discusses various aspects of bone SPECT-CT of ankle and foot.The first part is dedicated to foot and ankle pathology and concisely presents those disorders most frequently detected with a bone scan. The authors also describe common pathologies that cannot be diagnosed with bone scans, such as Morton’s neuroma, but which nuclear physicians need to recognize. Orthopedic surgeons’ expectancies are highlighted and several bone scan studies of clinical interest are presented.The second part is devoted to anatomy: bones, articulations and all relevant anatomical structures that are necessary to interpret a bone scan of the ankle and foot are described by means of anatomical illustrations with captions.At the end of the last decade, hybrid scanners with the ability to acquire single-photon emission computed tomoscintigraphy (SPECT) and multislice CT data simultaneously were introduced, thus opening a wide range of perspectives for nuclear physicians. Like their radiologist colleagues in the early 1990s, nuclear physicians have discovered pathologies that they were unaware of and have visualized increased tracer uptakes that they were previously unable to detect. This book, written by nuclear physicians and orthopedic surgeons specialized in the foot and ankle, will increase understanding of this whole new semiology.The internationally recognized Terminologia Anatomica has been used for the nomenclature of anatomical structures. 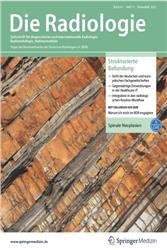 Ultrasonography of the Lower Extremity