The human body is uniformly, both by specialists and patients, regarded as a machine too weak to fight cancer. But this is a misconception.
First, without our immune system we would be overstretched by cancer cells within short term.
Second, even in cases of late stage disease so-called spontaneous regressions and cures can happen. Spontaneous regressions are listed, but not explained in the scientific literature to this day. A careful look on case studies reveals that a majority of cases happened after a hefty feverish infection.
Third, several epidemiologic studies show that a personal history with feverish infections reduces the likely-hood to develop cancer later.
Meanwhile we know that a certain class of immune stimulating danger signals plays a role. PRRL, which are made by pathogens but not tumours, can induce an immune reaction against cancer cells.
This essay investigates whether and how bacterial and viral PRRL substances could be used to treat and prevent cancer. 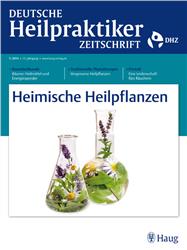