Cysticercosis of the Human Nervous System

Neurocysticercosis (neural infection by larvae of Taenia solium) occurs when humans become intermediate hosts of the tapeworm Taenia solium after ingesting its eggs, usually directly from a Taenia carrier. Nowadays, the disease is the most common helminthic infection of the nervous system in humans, and a major cause of acquired epilepsy. It has long been endemic in developing countries of Latin America, sub-Saharan Africa, the Indian subcontinent, and Southeast Asia. Recently, however, mass migration from endemic to non-endemic areas and growth in overseas travel have resulted in an increase in the prevalence of cysticercosis in countries where it was formerly considered exotic.

The introduction of modern neuroimaging and serologic techniques has improved the diagnosis of neurocysticercosis, and the development of potent cysticidal drugs has changed the prognosis of most affected patients. Nevertheless, much remains to be learned about this parasitic disease. This book provides a comprehensive and up-to-date review of the various aspects of cysticercosis of the nervous system that will be of interest to all who are involved in the care of patients with the disease. Epidemiology, neuropathology, immunopathogenesis, clinical manifestations, diagnosis, and management are all thoroughly discussed based on current evidence and practice. 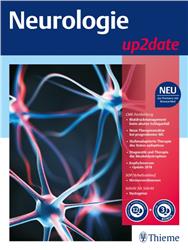 Principles of Therapy in the Epilepsies

Handbook on the Neuropsychology of Epilepsy

Handbook of Stroke and Neurologic Emergencies